Smashers! These things are so cool and the concept is so creative!

Series 2 is an all new gross series with.. yep you guessed it.. poop! Not sure if I understand the craze of all of this poop.. but for the most part, it doesn’t bother me.

What I really like is the bus, you can put them all the Smasher figures on top of the bus and it it as well. This of course is the main attraction when it comes to Smashers, at least with my boys! The bus even opens up so you can use a little spring loaded plunger to launch the smasher figures into a toilet… bahaha… oh gee.. It is actually fun to do! lol

Once you smash the Smashers open, you can rebuild the ball and smash again! Now that’s pretty cool. I love how you can reuse and play again. No plastic waste! Also teaches kids how to put something back together. Yes! Use those fine motor skills! Ha!

Boys were super excited about these! They kept asking to film them, so we finally got a chance too.. when Aaron was at my Mom’s! Ha!

There are even some special smashers that come in a bag that have….drub roll… slime! Bahah! Gee.. slime and poop… just not sure if I get it.. but hey.. I can make it work! Ha! #BoyMom 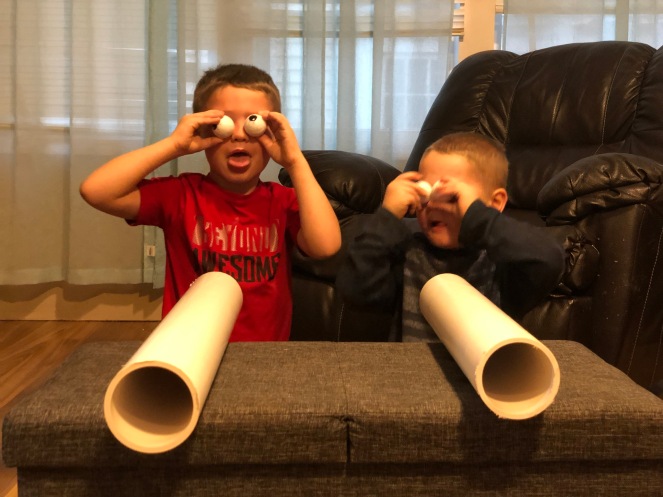 We came up with different fun ways to smash them open. In the picture above we tried to bazooka them through some tubes! It was Ziekes idea.. it sorta worked….we tweaked his idea a bit and then it worked much better 😉

Zuru sent us an extra bus and an extra pack of Smashers so we are doing a giveaway! Check it out HERE!

Zuru has so many fun products! Definitely check them out on their website!

You can still get these in store at Walmart, if you do order on Amazon though, you won’t receive  them until after Christmas. They range in price from $5-$30.

– Having a Smashing good time, Mommy B

View all posts by dreamteamstearmanstoyreview

One thought on “New Gross Series 2 Smashers by Zuru!”